We came together as a community to celebrate our Founders’ Day. The whole school from Grades N to 7 was involved, as we were reminded how the school was started.

Geoffrey Stansbury was at a party in England in 1912 when he met Sir Percy Fitzpatrick, who spoke passionately about South Africa and suggested to Mr Stansbury that the country was in need of pre-schools. Sir Percy Fitzpatrick organised letters of introduction for Mr Stansbury in South Africa. Mr Stansbury, who was only 29 years old at the time, then came out to the country to start the school. He brought a very good friend of his, Mr Hutchinson, and together they founded and ran the school in Kenilworth, Cape Town. 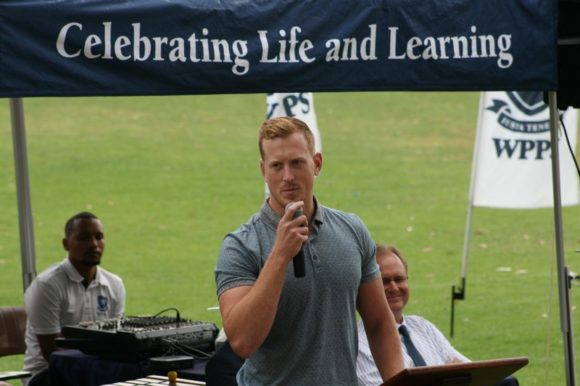 Western Province Prep School opened its doors for the first time on 3 February 1914. What is particularly interesting about this story is that Sir Percy Fitzpatrick is the well-known author of the book “Jock of the Bushveld”. Furthermore, Bishops boys eventually nicknamed the boys from WPPS “Wetpups”, and this nickname has become synonymous with the school. As we now reflect on the character of Wetpups, we are very much like “Jock”.

We are the small boys’ school in the Southern Suburbs which demonstrates great character, grit, perseverance and resilience when we interact and compete with other schools. It is as if the spirit of “Jock” lives on in our school, having been handed down to us as we began in 1914. On this Founders’ Day, we were able to find an old boy who embodies these great attributes, as depicted in “Jock”, of grit, determination, discipline and desire. Graham Knoop left the school in 2000. He loved his time at school and enjoyed playing rugby, and was part of the U13B team. He then went on to Bishops, where he eventually played for the fifth team in his last year there. In spite of being picked for lower teams at school, Graham never gave up, and he continued to play and enjoy his rugby after school. 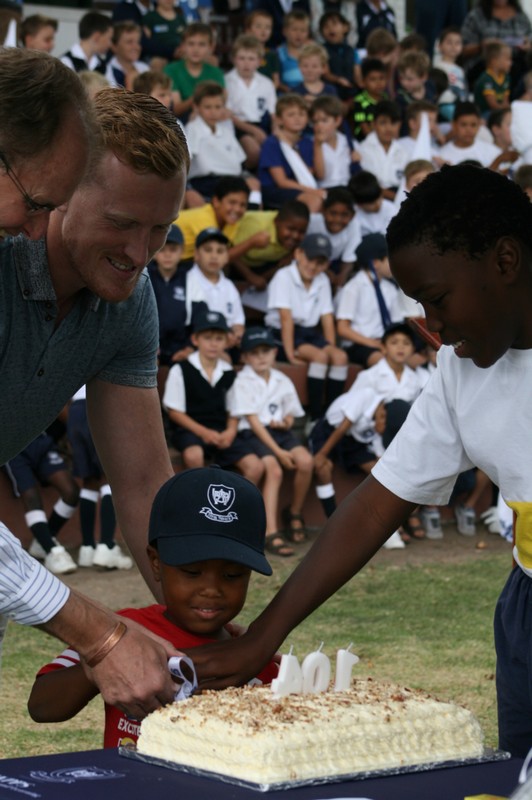 He initially made the UCT U20C team, but with hard work, discipline and dedication he eventually made the UCT Varsity Cup Side in 2012. Graham then went on to play professional rugby in Wales, and a few years ago he returned to Cape Town to captain the False Bay Rugby side. He led this side for the last few years, and they achieved the ultimate goal by winning the South African Club Rugby Championships last year. He was given the great accolade of being named the South African Club Rugby Player of the Year for 2017. Not only has Graham played and done well in his rugby, but he also runs his own digital marketing company, and he has won international awards for his work. What is amazing about this story is that he started out not being a star, but with the right attitude and character, he has been able to achieve great things in his life. It was only through dedication and determination that he was able to reach these great heights in rugby and in his career.