Inspiring solutionaries is not a new concept to WPPS. Listed below are just a few “alumni solutionaries”, who have made a huge impact on the world. 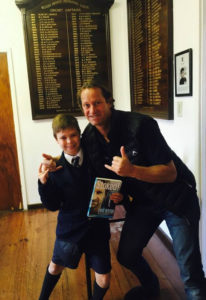 Chris Bertish (1987) has completed his unsupported solo crossing of the Atlantic from Morocco to the Leeward Islands on a stand-up paddle board.  Chris’s journey, sponsored by Carrick Wealth, has already raised R6 000 000 for the benefit of David Grier’s ‘Operation Smile’, the Lunch Box Fund, and Signature of Hope Trust. We all enjoyed following his progress on his daily blog.

His motto is “Dream it, believe it, see it, achieve it”.

WPPS got involved and supported this initiative. Some of our Grade 7s did a presentation about Chris in a school assembly. The WPPS boys raised just over R37 000 for the Signature of Hope Trust, which supports all the fundraising organisations with which Chris is involved. Well done and thank you, boys.

Thank you, Chris, for visiting us and inspiring the boys in assembly at the end of term 2.

WPPS is so proud of all that you have achieved, Chris. Please see an album of photos here. http://wpps.org.za/chris-bertish-talk/ 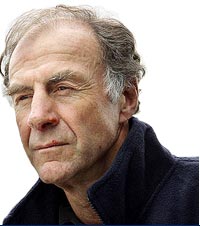 Sir Ranulph Fiennes (1956), is ‘the world’s greatest living explorer’. Ran has raised in excess of £18 000 000 in aid of charities supporting medical research into multiple sclerosis, breast cancer, cardiac disease, eye disease and the care of the terminally ill. In doing so, he has crossed Antarctica solo, crossed the north polar ice cap, climbed Mount Everest, and scaled the north face of the Eiger, to name only some of his endeavours.

He is quoted as saying, “Identify your challenge, prepare for it and meet it head on. Persevere and you will succeed.”.

David Grier (1973) founded ‘Operation Smile’, which funds corrective surgery for children with facial deformities. David ran the entire length of the Great Wall of China, the South African coastline, north to south of India, and south to north of Madagascar, having paddled across the Mozambique channel to get there. The millions he has raised have created thousands of new smiles.

Dr Patrick Rogers (1988) was appointed chief medical officer of the desperately poor Tonga Hospital in rural Mpumalanga in 2008. Through his single-minded determination and commitment, and relentless fundraising, he has been able to restore, re-equip, re-staff, revitalise, and expand what had been a dysfunctional facility. His work was recognised in 2011 by the Mail and Guardian, who counted him among their top 200 young achievers.

He reminds our boys, “Appreciate the opportunities you have been given at school and say ‘thank you’”. 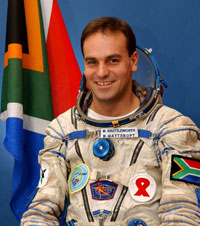 Mark Shuttleworth (1986) became a multi-millionaire at the age of 26 when he sold his company Thawte, which specialises in digital certificates and cryptology, to Verisign. Since then, with his passion to uplift education, he has shared his wealth through many channels. He established the Shuttleworth Foundation, which aims to identify and fund ‘fellows’ who will become innovative leaders in society. He is empowering those who have something of value to offer, but do not have the funds to do so. He also founded Canonical in 2004 to promote and give commercial support to free educational software products like Ubuntu Linux. Mark’s vision and its practical implementation in so many fields have changed the lives of thousands of young people.